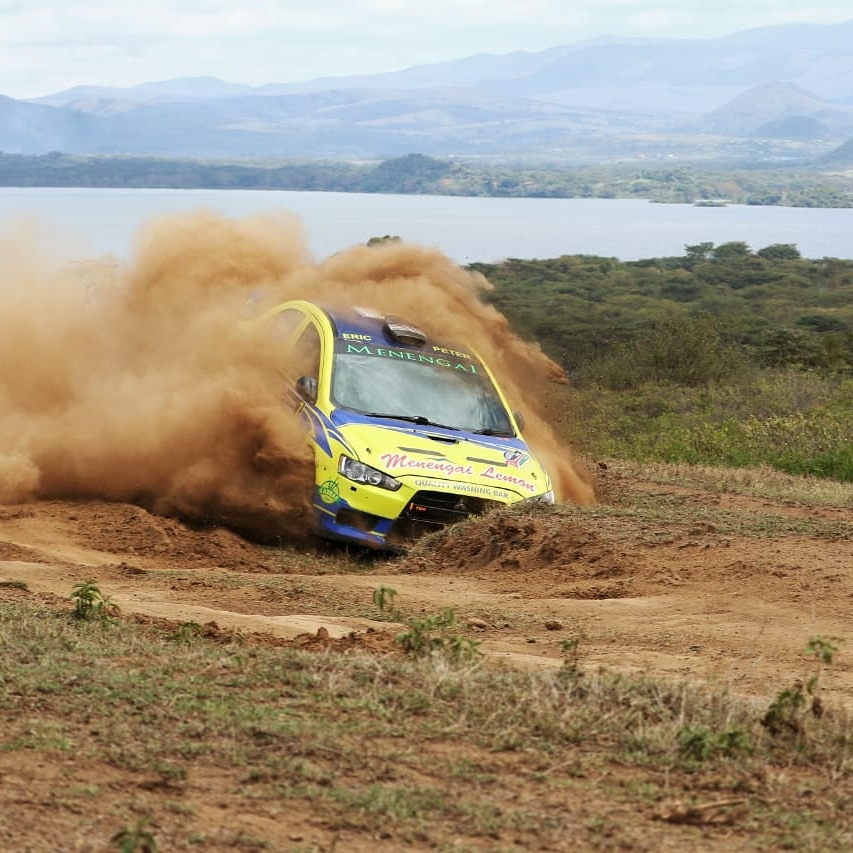 Besides the blistering pace characterised with WRC contraptions, local drivers are also sure to thrill fans as they fight for National points.

The 2022 KNRC started off with the Nakuru event followed by the ARC Equator Rally in Naivasha. This was after Machakos Rally was postponed due to Covid-19 protocols on public gathering .

Chager was out on day one of Equator but managed to complete Day 2 thus salvage KNRC points on the Super Rally rule which allows teams to restart the next leg.

Tundo is back with the Minti Motorsport VW Polo R5 which he  also steered on the ARC event.

What's more, Chager is at a disadvantage considering that all his opponents are on R5 cars which are one step below the WRC car. All local R5 drivers including Tundo (VW Polo R5) will be competing in WRC 3 Class.

Apart from the KNRC Premier Class battles, KNRC Division One, Two and Three points will be at stake.

Among Division One drivers fighting for category points are Paras Pandya of.Mombasa, McRae Kimathi and Sohanjeet Singh Puee also from Mombasa. Paras and Kimathi Junior are tied on 39 apiece. Paras skipped Equator and will be looking to recover lost ground against Kimathi who now has a new car courtesy of the FIA Rally Star Program. He will drive e one of the three Ford Rally 3 cars being also driven by Jeremy Wahome (22) and Hamza Anwar (.22)

Division Two has Hamza Anwar and Evans Kavisi who is the category leader.

Tundo candidly admits that fighting the WRC2 cars will be tough as they drive and rally the whole time doing the championship. Tundo says he was extremely happy with the Equator performance.

Tundo: "It was one of those rallies that worked like clockwork. The car was actually okay after a few bent arms and body work. Other than that it was good. We won’t be doing anything to make it stronger as there is limited miss you can do for homologation."

Tundo says local knowledge will definitely help Kenyan drivers but he's not sure by how much.

"We will go out and do our best and enjoy the experience of competing in a WRC event again. Never thought it would happen for me so it is all a bonus and privilege to be able to do it. National points will also be at stake so let's see how it goes," Tundo said.

Chager was the victor in Nakuru where Tundo retired. Tundo, on the other hand, won Equator with a new Miti Motorsport VW Polo he had possession for only five days.

Chager had to contend with several gremlins on the Equator event which had been defunct for more than 19 years. He explained: 'It's actually very exciting with all the hype building up.  WRC cars are in a different league altogether- it's actually like the Premier League. I mean, competing against them is going to be very difficult because we are not registered and our cars are actually not physically allowed in the WRC main class. But my car is fully compliant.  I'm looking to maximize on KNRC points for me to regain the top position."

The Safari Rally represents an amazing opportunity to not only gauge Kenyans against WRC 2 calibre of drivers  but to also inspire locals to savour the atmosphere at the highest level of the sport.