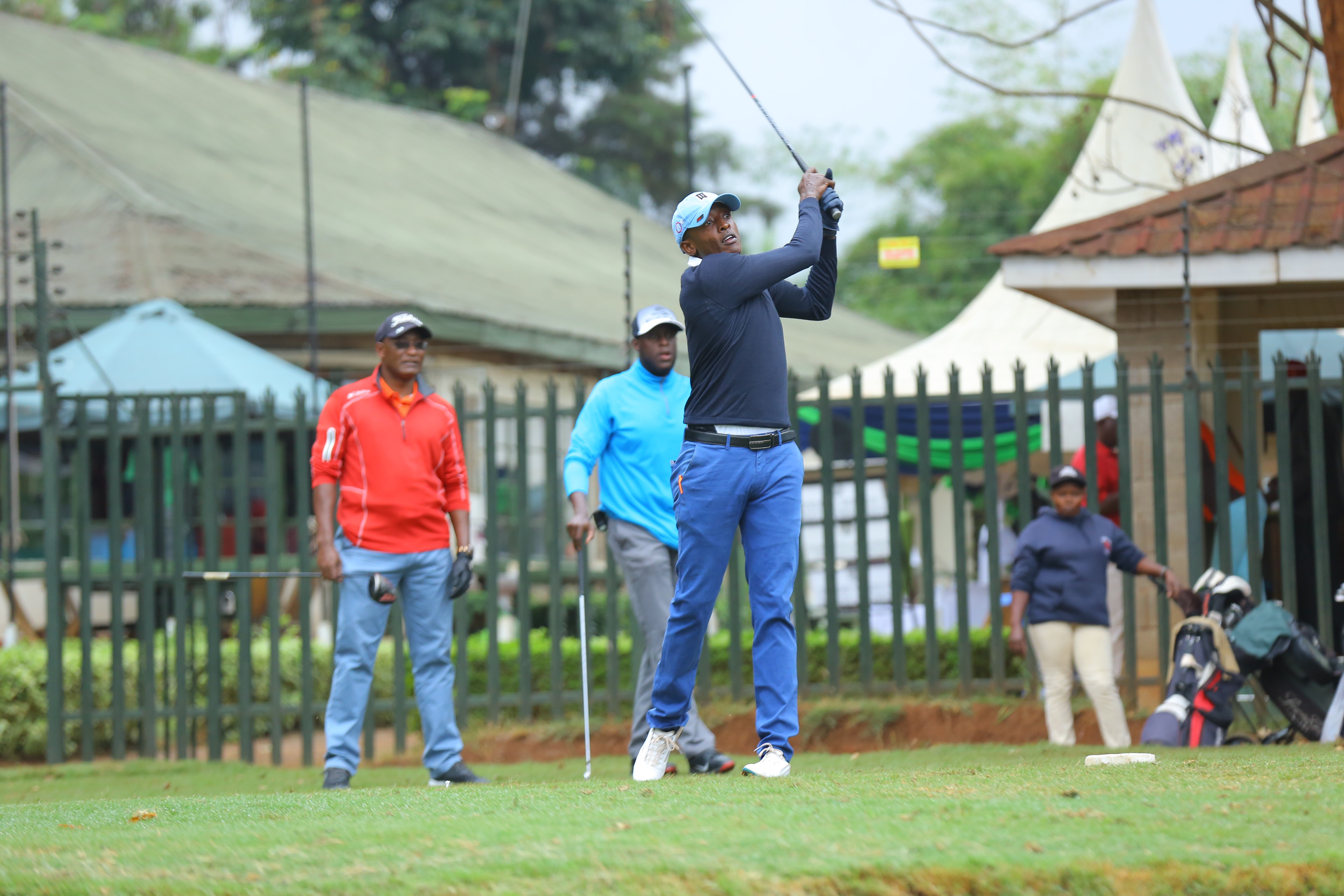 It's all systems go as Ruiru Sports Club prepares to host the 2020 Captain's Prize this Saturday.

Traditionally held in March,  the Captain's Prize has attracted close to 300players including guest golfers, sponsors and  club members.

The Saturday event has attracted nearly 10 top pros who will be playing for prize money among them the county’s top pro Simon Ngige.

The event is a befitting farewell party for Peter Mwaura who has served as the Golf Captain in 2018 and 2019 and  as Vice Captain in 2017.

In the run up to the big ocassion, the Club has organised a number of events to add the much-needed zest to the ocassion.

The Caddies Invitational set the ball rolling on Monday preceding the curtain raiser tournament which will take place on Friday.

The event is being sponsored by KCB Bank Kenya, one of the top spenders in East Africa on sports sponsorships.

“We believe sports sponsorships is a key avenue towards reaching out to our stakeholders and giving back to the communities where we operate,” KCB Marketing and Communications Director Angela Mwirigi said in a statement while announcing the sponsorship.

Mwaura will hand over the Captaincy at the end of March after a successful two years in office which saw the club invest in an 18hole course irrigation system and a practicing range among other projects. Additionally, the Club has been one of the most active in terms of attracting big sponsorships which has seen dozens of blue chips pumps millions of shillings in supporting tournaments among them CIC, Britam, Safaricom, Isuzu, KCB, AAR Healthcare, Crown Paints, Vivo, Multichoice Kenya and many others.

“It’s exciting time to exit the scene at a moment when the Club is on a high and it’s making great strides towards becoming a top golf destination in the country’ said Mr Mwaura, a handicap 13 communications professional. Thomas Mwaura who has been the Vice Captain will now take the mantle, deputized by long hitting Jessy Ndegwa.

Among the guests lined up for the event include industrialist Linus Gitahi, too KCB executives among others.

Leading the field in the men’s category is on-form Antony Kamau and the club’s top amateur trio of Ben Omondi, Frank Munyua and Chris Andrea.

“It will be an exciting two days of golf. Golfers should expect a few surprises here and there on placement of pins and tees,” added Mwaura.

There wi be special categories of prizes such as Detour Winner, Clergy Winner, Past Captains Winners as well as winners from each of the neighbouring clubs such as Thika and Kiambu.

Oxygene MCL Partner Mutahi Mureithi and TeK Production CEO Japheth Kagondu are among the sponsors lined up to play.

The Monday caddies event attracted 95 caddies, half of them guests.