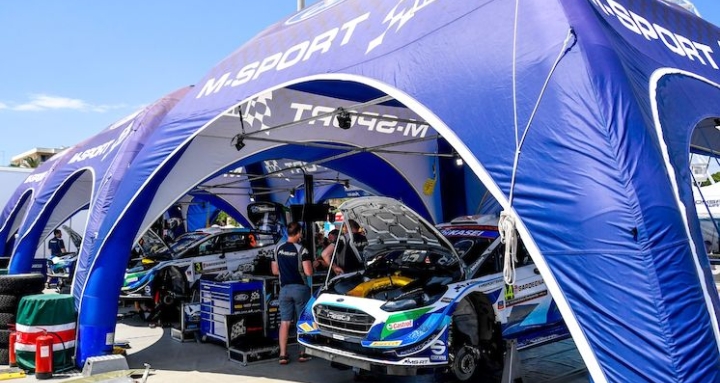 The British squad won the 2002 Safari with the late Colin McRae on the event’s last world championship appearance.

This time round it runs a pair of Ford Fiesta World Rally Cars for Gus Greensmith and Adrien Fourmaux.

Team principal Richard Millener is, however, realistic about the chances of emulating the Scotsman’s commanding win almost two decades ago.

“The event’s going to be very different from the last one,”  Millener told www.wrc.com..

"But some of the roads are going to be the same, just as rough in places."

“We’re going to take a sensible approach. OK, we had an electrical issue [on Greensmith’s car] in Sardinia, but we’re on that now and it won’t happen again. But otherwise we know we have a strong car.

“I think if Gus and Adrien take the right approach and understand they’re not going there to push like hell for the win, with a reliable car I think a podium is achievable.”

M-Sport managing director Malcolm Wilson masterminded McRae’s victory – his second in four years in a Ford – back in 2002 and Millener says that experience will help.

“Of course, the event has changed a fair bit since then,” said Millener, “but Malcolm knows what it’s like to compete in Africa and has great experience of what it takes to be successful there.”

KCB is the official financial partner of the Safari Rally first held in 1953to celebrate the coronation of Queen Elizabeth II.